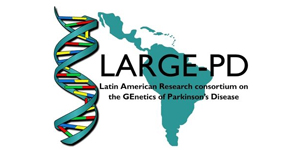 The Parkinson’s Disease Foundation (PDF) announced back in June of 2016 their latest resesearch investments for a total of $4 Million dollars to solve, treat and end Parkinson’s Disease (PD). This year PDF’s increased investment in early-career scientists as illustrated through the new Stanley Fahn Junior Faculty Awards, named in honor of PDF’s longtime Scientific Director. Out of more than 60 applications, 3 projects were selected. Our project using the Latin American Research consortium on the Genetics of Parkinson’s Disease (LARGE-PD), which was created with funds provided by the PDF in 2009, was one of the awardees. For the next three years, this money will allow us to to perform the first-ever large-scale genetic study of non-European populations, so we can understand if the same genetic risk factors apply to Latinos and identify new ones to help us better understand the disease for everyone.
For more information you can read this great article by Genevieve Wanucha, a talented science writer at the UW Memory and Brain Welness Center.
http://depts.washington.edu/mbwc/news/article/crossing-the-border-beyond-the-euro-centric-medical-research-in-parkinsons-

This site uses Akismet to reduce spam. Learn how your comment data is processed.